How does a 9v battery and cocktails make science? 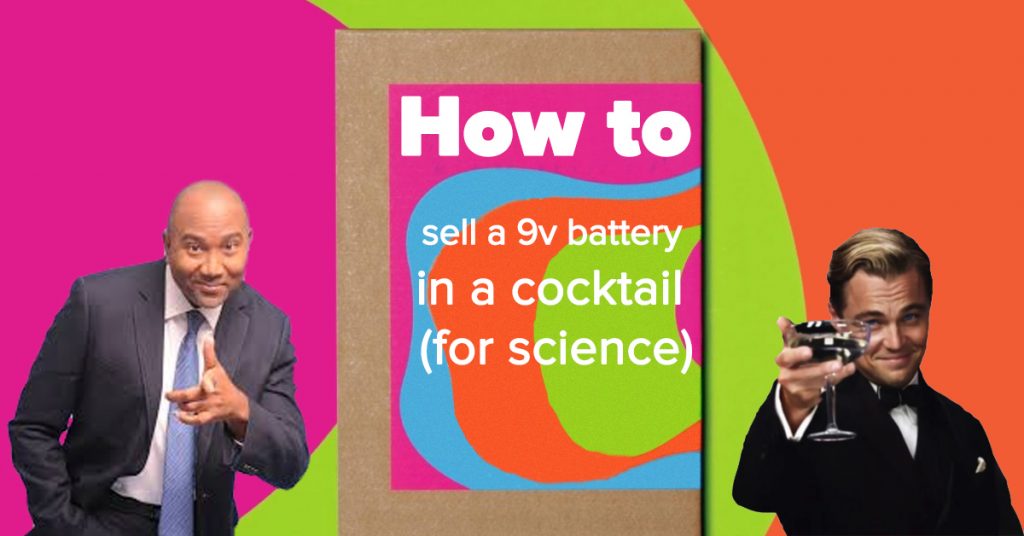 We had our 4 teams and laid out the experiments in a specific order. Through years of hospitality experience, I had come to understand a few things. First off, to validate our experiments, we only documented all tables that were offered drinks. If the table ordered water or cola, they were still included in our testing. Before commencement, we felt the test was aimed at altering the behaviours of people’s order. If someone ordered water instead, then we just didn’t “sell” it well enough. Second, social proof is very much in every aspect of the service industry. It’s actually quite beautiful in its simplicity.  Social proof is a psychological and social phenomenon wherein people copy the actions of others in an attempt to undertake behaviour in a given situation. In short, monkey see, monkey do.

Remember our definition of behavioural science:  the study of human and animal behaviour and imitation is the highest form of flattery, we tend to lean into the social proof bias often. Social proof aside, we felt there was a much deeper-rooted process in behavioural selling.

Here's what we found:

This behaviour places greater value on items that are limited or scarce (like Air Jordan’s or a 9v battery cocktail). To frame this experiment. Each group would present the “feature” cocktail, however, they would advise that there is a limit of 1 per table. The catalyst of this experiment is the conversation that follows. Why is there a limit of 1 per table? What if we want seconds? Why did you not buy enough liquor? Etc. We intended to deliver an experience and with each question, the responses became more elaborate. Guests loved it. Of the series of tests, the highest success rate was when the staff framed the question as a choice. For example. “Our 9v battery cocktail, the Electric Kool-Aid has a limit of 1 per table, unless you’re related to Nikola Tesla, then it’s free. Who’s it going to be? I feel like…….. is the lucky winner. What do you all think?” When framed in this context, the server uses the guests to drive the influence. Either someone wants it more, or they don’t want to collectively lose out on the experience. Unfortunately, no one was related to Nikola Tesla during this experiment. Several people tried to claim they were, no proof was ever given.

The IKEA Effect behaviour gives a higher value on things we feel a part of creating (like Ikea furniture). The team deemed this test the “Bob the Builder test.” Our experiment focused on driving engagement of building your own experiment at the table. Unlike experiment 1, this test targeted all guests at a table. To frame this experiment, the servers took turns to explain the process of “experimenting” with the cocktail, sugar packets and 9v battery, while the other server would record observations, questions, and of course, the number of cocktails sold. Our focus was to engage the user through a sense of value. By making their own drink, they felt a level of achievement, much like when you complete a Bryggja chest from IKEA. The value comes from the building process, while the engagement comes from the observations and conversations before, during and after the achievement. 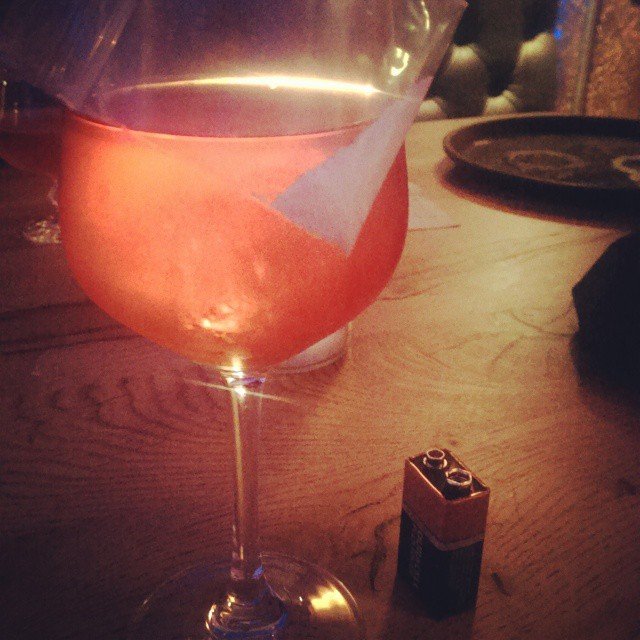 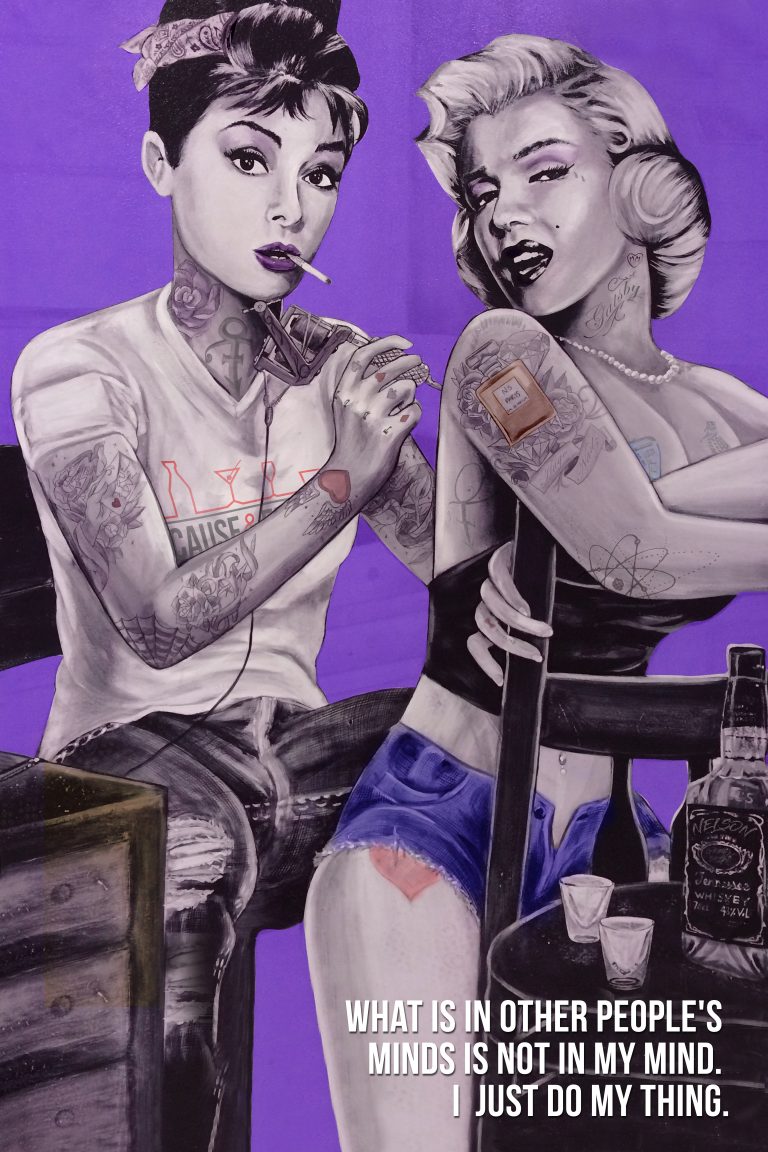 This behaviour looks at the positive or negative effects that spill over and influence another nearby option. For example, if you’re at a party and you hear people laughing at a joke, you may not know what the joke is about, but subconsciously you are more like to “like” the person telling the joke, without ever meeting them. For this experiment, we, well, we wasted a lot of free cocktails. Our goal was to see if the halo effect contributed to neighbouring decisions. The halo effect is an Association Fallacy. Meaning, it is an informal inductive fallacy of hasty-generalization which asserts, by irrelevant association and often by appeal to emotion, that qualities of one thing are inherently qualities of another. In short, you see others having a great time and want to be associated with them. In our case, you see a table laughing over a few exotic drinks and you want to try it. For this experiment, one server would discuss our experiment with the recipients of the free cocktails, while the other would comment on the new feature, on then casually comment on the louder than normal guests. This would (in theory) drive curiosity and even have the server call over to the “free drinks table” asking what they thought. In a few scenarios, the guests actually gave amazing pitches that in turn sold the drink to the unsuspecting guests.

This behaviour uses 1 option when measuring all other options. By framing our signature drinks list at X dollars and then showcasing our 1 night only special at x-1, patrons saw value in the exclusivity based on the price point of a conventional cocktail. (The best example was when Steve Jobs promoted the first iPad at $999 MSRP. Then when it was released he sold it at $499. How do you think that the launch event went? Well, everyone knows how successful Apple, iPhones and iPads have become over the years, so we thought we’d take a chapter out of the Apple playbook.

For this experiment, we presented our feature cocktail as the best of the best. Japanese whisky, a 9v battery and a chemical reaction that makes Bill Nye jealous. In short, we presented it as the best cocktail in the house, but we also priced it at $15.5 ($17.52 with tax), while other Feature Effect cocktails were priced between $17 – 22. It’s worth noting that if a guest knew the relevance of the full cocktail price ($17.52, we would give them the drink for free). 2 guests knew it was for Ben Franklin’s famous kite experiment.

In conclusion, this experiment was……fun. We had an opportunity to test out a few theories, engage with a lot of guests and offer something unique to the staff. As far as the results go, we were all a bit surprised that the scarcity bias did not take the top spot. When reviewing the notes from staff, we felt there was much to explore with scarcity and framing the option as a question.

We had scripted “pitches” but those quickly changed based on guest reactions and commentary. Although not a perfect test, it did provide keen insights into the guest/server relationships and how important conversation and 9v batteries are to the cocktail drinking process.